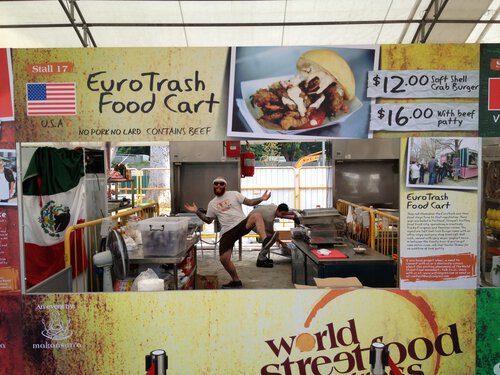 Another year, another great group of new vendors have shows us we can still be surprised by what comes out of a 16' x 8' kitchen. We have welcomed Italian, Georgian, Russian, Columbian, Singaporean, Mediterranean and more. We've also seen closures which left a little blank space in our stomachs. Anchovies anyone? I don't really know how I would define 2013 as a whole - maybe the year of Italian? 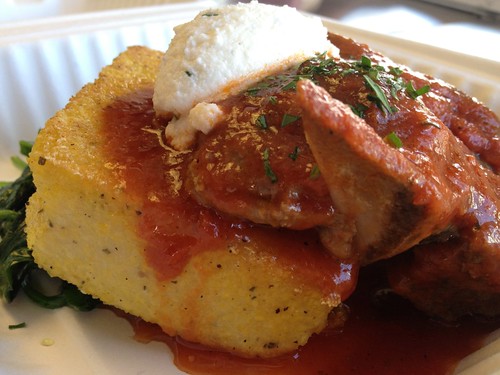 Lamb and Polenta from Bones & Bits

According to Multnomah County, we have around 712 active licenses for mobile food vendors. Are there 712 carts out there in the pods we know of? No. That number includes catering vehicles and license only used seasonally. By my count, we have about 550 carts and trucks throughout the city who feed us daily.

There are 38 active pods throughout the city. The largest is at SW 9th and 10th and Alder with 60 vendors covering an entire city block. We did a roundup of the pods last month. Find that article here
. 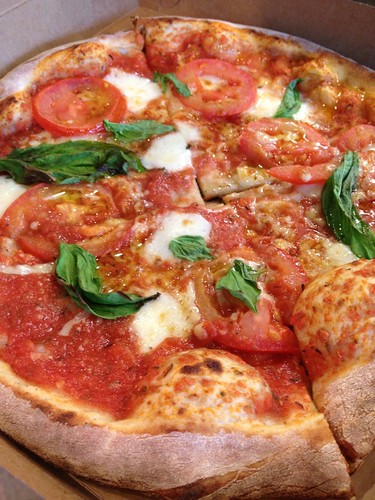 While we had over 70 vendors open in 2013, these are the ones who left us with taste bud tingling memories:

Portland was well represented at the World Street Food Congress in Singapore in June. For the 10 day World Food Jamboree, three Portland cart vendors fed the masses who came down to the racetrack. The Swamp Shack cooked up shrimp and grits, Eurotrash did softshell crab sandwiches and The People's Pig made Porchetta. I know I'm biased, but they did have the longest lines. During the congress, I spoke about Portland's pod structure as a way for cities to organize vendors. Portland is recognized internationally as a model for successful street vending.

The first annual ROAM Mobile Food Conference took place here in Portland in September gathering 120 attendees for a one day discussion on how to open a food cart or truck and make it successful. Leaders in the street food movement from around the nation came to the Doubletree in Lloyd to educate, but also to meet and greet fellow mobile chefs and movers and shakers. The mobile food movement is taking America by storm.

Two different events this year showcased Portland's mobile vendors: Eat Mobile in April offered up small bites from almost 50 different vendors along with a chef showcase featuring three different chefs teaching the crowd how to create their signature dish. The Summer Food Cart Festival in Gresham in June brought 20 vendors to Mt. Hood Community College for a day of eating, music and fun. We'll see both of these events return in 2014, so mark your calendar.

A number of mobile vendors opened restaurants in 2013

I've been eating and writing about the food carts here in Portland now for over five years and am still honestly surprised by the food. My palette has matured, but so have the offering. I'm excited looking to 2014 knowing we'll be able to enjoy a new crop of eager cooks wanting to feed us their craft. We'll also hopefully see a full length documentary about Portland's carts and the general culture of street food. A book is in the works by a fellow food cart enthusiast and should be available in spring. The vendors wouldn't be here without you, the eater. I thank you for your continued support of Portland's food cart vendors. Keep on eatin'! 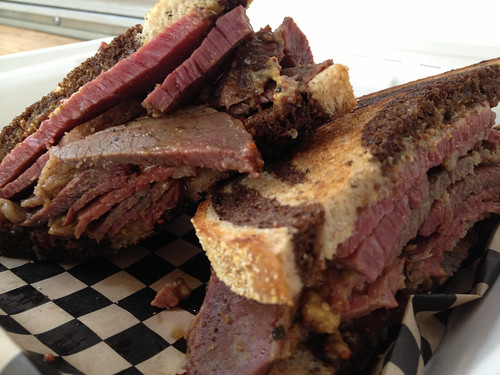 Pastrami on Rye from Steak Your Claim