Over the weekend, we welcomed a new "pod" into the fold of Portland's Food Cart scene. Mississippi Marketplace, up off N. Mississippi at Skidmore did a soft opening on Saturday to show of their new cart lot and show the neighborhood what they plan to offer. I ventured down as it is down the street from my home and had the wonderful opportunity to chat with the owner and developer, Roger Goldingay. Such great people who in, in the face of an economic downturn, moved forward with a complete remodel of an old abandoned building and built a lot to support the carts. Well done sir. 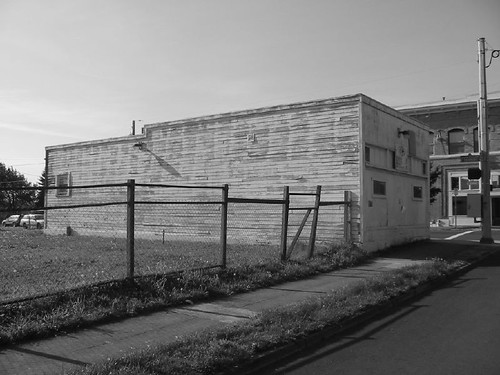 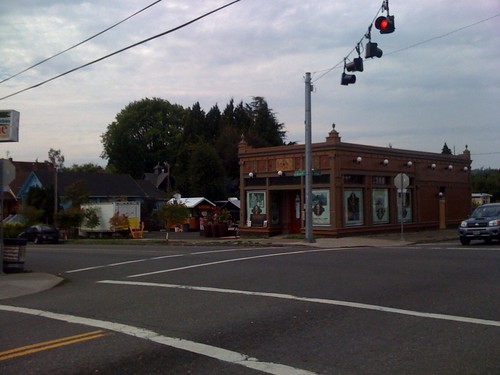 Mississippi Marketplace has space for 10 sites. As of Saturday, there were already 7 carts landed, including Nuevo Mexico, The Ruby Dragon, Southwestern Pizza Company, Leroy's BBQ, Vittles and Sushi Tree. Yep, a mobile sushi cart. Pretty awesome huh? Not all the carts were open on Saturday as some were still working out details with plumbing or inspections. The carts that were open were busy, with a constant stream of neighbors coming to welcome them. In speaking with Roger, he stated that the carts will be open from morning to night since some offer breakfast, while others are more geared to the dinner crowd. The building they remodeled, a former church, will become a German bar named Prost! - slated to open in October. I see heaven in that mix. Food carts and beer? Hmm, honey, I won't be home for dinner tonight...

The best part of this project for me as a resident of the neighborhood is how they took this abandoned dilapidated building and vacant lot and turned it into a viable business - geared toward entrepreneurs. All along N. Mississippi and other sections of North Portland, there are new storefronts or old buildings remodeled for businesses, but the rents are sometimes prohibitive to someone starting out. Taking the vacant land and quickly populating it with revenue generating businesses from the start is what we need both in this community and for the economy as a whole.

I'm excited for the next few weeks as every day we'll see changes to the lot with the carts opening and fine tuning their offerings. Come on up to my neck of the woods and say hi to the newest crop of carts. Oh, and tell them Food Carts Portland sent ya.