News from the food cart world for this February 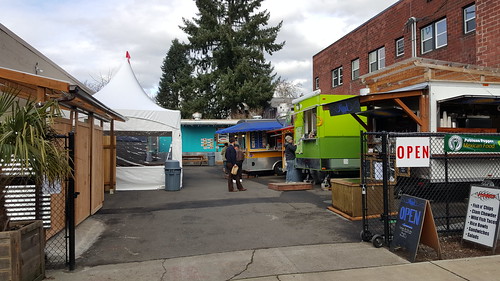 In January, Green Zebra
announced their plans for their SE Division location. The developer they partner with has acquired the property next to the building where A la Carts Food Pavilion is located. This week, the owners of A la Carts announced the lot would close at the end of May. Vendors have already found new homes - La Arepa Venezuelan, Pop's Smokin' It and Istanbul Delight have moved to Rose City Food Park in NE and TeePee’s Indian Frybread has moved to Beaverton. Second Son Kimbop is opening a space in Oregon City. We'll keep you posted on where the other vendors end up.

Pulehu Pizza has taken over the kitchen at The Lumberyard out of NE 82nd. If you don't know the Lumberyard, it is an indoor BMX track for kids of all ages. Pretty cool. Annebelle and Pierre took over the restaurant and bar with their signature pizza along with beer, wine and cocktails. Kid friendly of course. Pulehu Pizza at The Lumberyard
.

Carte Blanche
, one of Portland's gems, closed in January. The cart was just getting to small for their needs and they are moving towards opening up a restaurant in the near future. 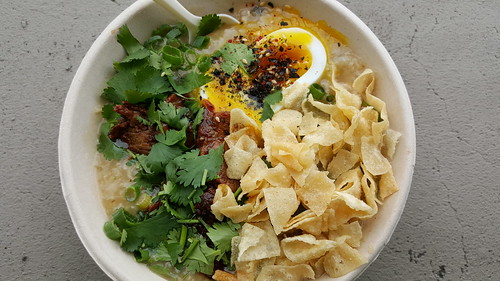 Newest food cart find - Jook Joint - on SW 10th and Washington. Offering up Asian Fusion cuisine, I enjoyed a porridge like dish made of chicken and rice and topped with slow smoked beef brisket. You're welcome.